Czech literature is not as unknown in the world as we might think. Not only can we find many translations of Czech novels, but we can also read Czech poetry in foreign languages. The Absolute Gravedigger by Vítězslav Nezval proves it. Nezval wrote this collection of poems in 1937, and in 2016, it was translated by my interviewee, Stephan Delbos.

I was sitting in a small café at Vinohrady, waiting for the American writer, essayist, playwright, and poet – Stephan Delbos. When he came in, he immediately amazed me with his perfect Czech with just a little bit of an American accent.

I asked him about The Absolute Gravedigger, which was published by Twisted Spoon Press. The first thing I wanted to know was how he discovered Nezval’s poetry, because the internationally renowned poet is Jaroslav Seifert, not Nezval. “If there is a culture or a place I am going to, the best way for me to learn about it is to read the poetry and literature,” Delbos said. “So I was familiar with Nezval’s work, and I liked it a lot.” The process of translating this collection took Delbos more than two years. From the beginning, he knew he wanted to collaborate with a native speaker, so he asked Tereza Novická, his former student from Charles University. “We translated the whole thing separately, compared our two versions and then created the new version,” he said, describing the beginning of the process. After that, they sent the translation to several Czech Nezval pundits and discussed it with the publisher from Twisted Spoon.

Delbos is not only a translator, but he also writes his own poetry. I asked him the difference between the two.

“It’s related, because while translating a poem, you are also trying to make a poem in English. You need to do what the original does. You have to make it work in English. A good translation doesn’t mean that the words are literally the same and in the same order.”

He added: “I think it’s important for the translator to be a good writer. Especially with poetry, you need to know how poetry works.”

The Absolute Gravedigger is not the end of his collaboration with Tereza Novická, and the next translation of Nezval’s poetry is on its way. This time, it will be The Woman in The Plural, which comes out in 2020. And there is more coming.

What are Stephan Delbos’s plans for the future apart from Nezval? In February, his collection of poetry called Light Reading will be published in the US. He is also working on a bilingual collection of his poetry in Czech and English.

There is also a possibility that we can look forward to his new play for Prague Shakespeare Company. After the success of The Deaf Empire about Bedrich Smetana, maybe this time, he will write about Vítězslav Nezval and Czech surrealism, which he is really interested in. 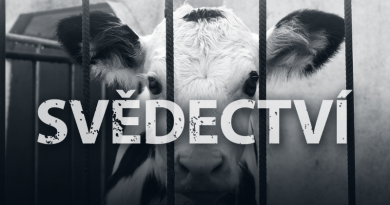 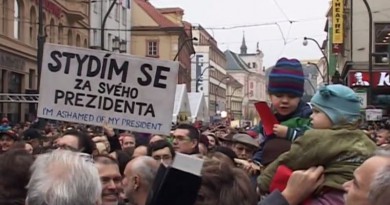