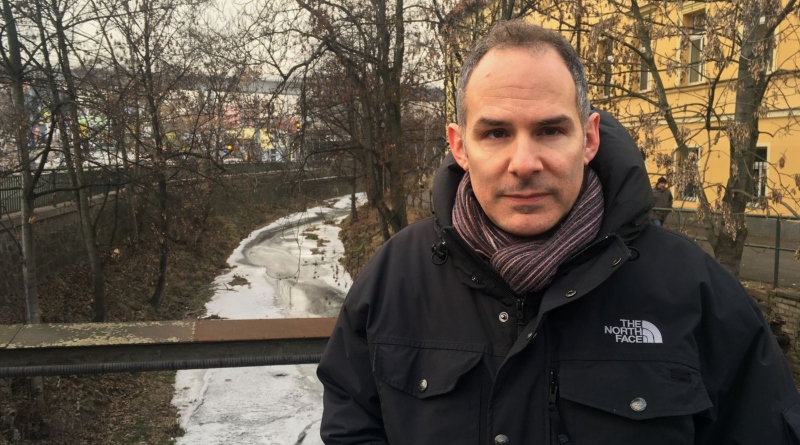 Rob Cameron works as a BBC correspondent for the Czech Republic and Slovakia. He has lived in Prague for more than 25 years and speaks very good Czech. We wanted to know whether he enjoys what he does for a living and what the biggest difficulties of his work are.

Cameron pointed out that being a foreign correspondent is unpredictable as he never knows if or when something is going to happen. He has to be prepared to write about new events at all times. “The difficulty is to get used to the urban flow of work; it is not constant. There are times when you are really busy and sometimes you are not busy at all,” he explained. He also mentioned that one has to adjust to this kind of life in many ways – psychologically, logistically and financially. On the other hand, there are many aspects of his job he appreciates – for example meeting new people. Thanks to his profession, he also gets to observe the world and learn how it works, which is, in his opinion, the main perk.

Apart from unpredictability of being a journalist, another challenge for the BBC foreign correspondent is providing the necessary information about the region he is covering for the people living in the UK and around the world. Journalists on international assignments have to put the local news into the international context (and vice versa) and also clearly describe the significance and potential impact of an event, because foreign readers do not know the background. It is therefore very important to understand what is happening in order to be able to explain it to others.

Cameron used the protests against Prime Minister Andrej Babiš in Prague on the 17th November, 2018, as an example of contextualizing. “25,000 people, the Old Town Square is full, it is a big deal, but in terms of political significance – almost none. It is a sign of his unpopularity among the educated, more middle-class voters. I do not think those demonstrations attracted anybody new,” he explained.

In his view, it is the context that differs his work from a local journalist’s. “The square is full of people, the images are very powerful, there is anger. But he says he is never going to resign, and I know Zeman will keep him there,” he added.

Apart from the Czech Republic, Cameron has also worked as a correspondent from Albania, Russia, and Poland, which was much harder for him because he did not speak the languages of these countries and was not familiar with their local culture or politics. Even though the work of a journalist was sometimes difficult and challenging, Mr. Cameron also covered many topics he enjoyed. “The stories that stay with me are always historical. I am now working on a story about the cobblestones at Můstek. Those cobbles are Jewish tombstones that had been sawn up, which happened in the late 80­s. Stories like that always get me, when you (in this case literally) turn something over and it tells a story about this country.”

Regarding the role of journalism in today’s society, Cameron mentioned that journalists in the Czech Republic have to face a lot of pressure, especially in state-owned media and they are often criticised and labelled as fake news. Luckily, the BBC is (at least for now) spared from this hostility, and the negative emotions have not yet impacted his work.

At the end of our interview, Cameron gave us useful advice: “Never turn down an opportunity of an internship or a job if you think you can learn something from it. It may not be strictly a journalist’s job, maybe working as an assistant to an MP or even just a councillor, it may provide you with some insight and an ability to expand and grow in an unexpected way. Always take up those opportunities if they come up along.” 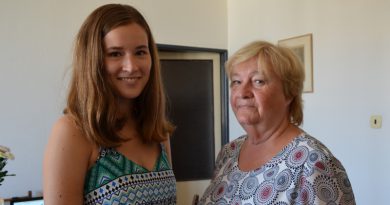