Mustafa Sarwar is an Afghan-born journalist, who nowadays works for the Afghan service of Radio Free Europe/Radio Liberty in Prague. “I wanted to see the world from a different perspective. I also thought that even if I live somewhere else, I can still serve the people in Afghanistan,” Mustafa Sarwar says about the reason he left his birthplace.

Throughout the first half of the ‘90s, Afghans were struggling with a civil war, which led to the radical Taliban obtaining control of the country in 1996. However, in 2001 the United States intervened in the situation, toppled the Taliban regime and appointed a new government.

Mustafa Sarwar had been studying medicine, but this change made him switch to journalism. “A new era began for the country and its people. I liked literature and writing at the time when I was in school. Also, I wanted to help my nation. All of this encouraged me to become a journalist,” says Sarwar. The aspiring reporter decided to work for Radio Free Europe/Radio Liberty. “It was because of the fact that I knew about the values the radios have in the first place. RFE/RL is based on democracy, freedom of expression, and it believes in human rights.”

Since 2001, there has been a visible change in the state of media in Afghanistan. “After the fall of Taliban, we witnessed a media boom. Nowadays, there are over 50 TV channels and more than 17 radio channels. In terms of freedom of expression, Afghanistan is now in a better position,” explains Sarwar. “We, as Radio Free Afghanistan of RFE/RL, are operating in 34 provinces.”

The Afghan-born journalist also says that people are well-informed even in the remotest provinces. “Afghanistan is a radio culture. People listen to radios, even if they do not have electricity.”

However, the political situation in Afghanistan remains precarious. “There have been reports on suicide attacks conducted by both Taliban and the Islamic State, locally called Daesh. Three of our young journalists were targeted and died in a suicide attack claimed by Daesh.” Therefore, the biggest obstacle for Afghan reporters is maintaining security. 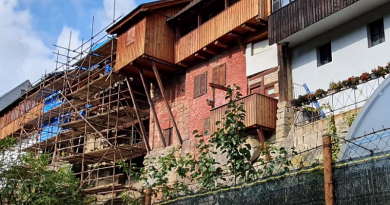