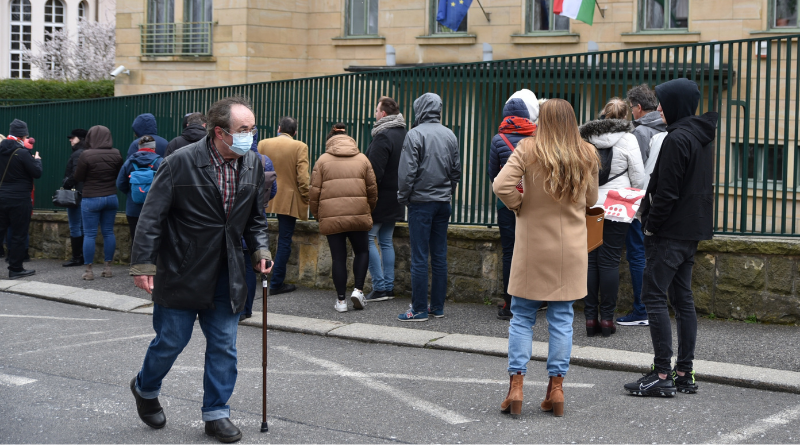 Hungarians living in Prague gathered on April 3rd at the embassy to vote for the Parliamentary elections. Even though the unwritten rule to keep it secret who you’re voting for, it was clear that among the 461 voters in Prague the opposition was the favorite to beat the conservative-nationalist Fidesz party. But these five minutes of fame in the Czech capital for the opposition were not enough, with 53 percent of the votes Orbán took home the election victory for the fourth time in a row.

More than 57 thousand Hungarians voted from embassies abroad. For some, it was a strange experience, like for Dóra (26). Coming from a small Hungarian town, it was the first time she didn’t see familiar faces working at the voting station. Attila (38), who works as a software developer in Prague was surprised by how many people came to the embassy to vote. “I guess it’s also the obligation that my generation feels to go vote. I feel that in some way at least,” he said.

Black and white
This year the elections in Hungary were arranged differently than usual. In order to beat Orbán, the opposition joined forces in one party to have the best chance to achieve a majority in parliament. This approach gave Dóra good hopes. “To be honest, I never had hope in earlier elections. I think this year we have the best chance so far,” she said.

But, there was also some critique to this approach. The election became very black and white: you are either in favor of Orbán or against the Fidesz party leader that has been ruling the country for almost a decade. Attila said he can’t call the opposition the left side. “They

are just the opposition.”

Similarly, Annamária (23) is skeptical of the possible results, even though she is on the united opposition’s side. “I don’t want Orbán to stay in the government, I want Fidesz to come down from its throne. But Orbán created an impasse: the government created a really bad situation in the last 12 years, so even if the opposition wins, they will be blamed for it when it all falls down.”

János György Keszler (66), also agrees that this approach is not giving voters a good alternative. “Orbán keeps winning elections, not because he’s a strong man or because he’s the smartest guy, it’s the fact that the other choices are worse. “Give me an alternative. At least Orbán is trying to keep the country together.”

Keszler grew up in Canada and is a first-time voter in the Hungarian parliamentary elections. What made him go to the voting station in Prague this year was simply the convenience. It was a fifteen-minute walk compared to a four-hour drive when he lived in more secluded cities abroad.

His experience of living abroad also made him see his mother country through different glasses. “Hungary is not that bad. We are not rich, like America or France, but we’re not that bad. There are a ton of places that are worse. Think about rural China, Nyíregyháza is paradise compared to places in rural China. And yes, I would agree that Hungarians don’t live a great life, but the country works,” he concludes.

Attila’s view is different. He hopes for a more democratic parliament at home. “What we have now is literally a joke,” he said. “There’s no opposition, nothing. It’s not transparent, laws are put through strangely and you don’t have the feeling someone is representing you. It’s not a democracy anymore.” Annamária gives a more nuanced view: “Orbán had some very good decisions, but the bad things are still dominating.”

From Prague, Attila tries to follow the current news of Hungary, but he finds it really hard to get valid information. “I would say, I can’t objectively follow what’s going on at home. That doesn’t exist, because the media is on Orban’s side. All the facts are twisted.”

“He owns everything; the TV, newspapers, radio“, adds Annamária. “And everything that is not supporting Fidesz is taken out of context, which confuses people.” Annamária also argues that if there is one reason why the current government should go, it is because of their use of propaganda. “If you’re not that smart of a person, it is easy to be brainwashed. I actually think in 12 years anyone can be brainwashed with propaganda.”

The Organization for Security and Co-operation in Europe (OSCE) started a monitoring mission, only the second time it has ever done this for an election in a European Union country. In a report released the day after the elections, the OSCE found that although voting was well run and offered „distinct“ alternatives, its mission of 312 observers from 45 countries found the balloting was damaged „by the pervasive overlapping of government and ruling coalition’s messaging that blurred the line between state and party, as well as by media bias and opaque campaign funding.“ 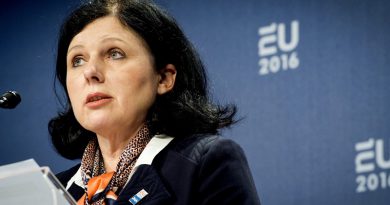