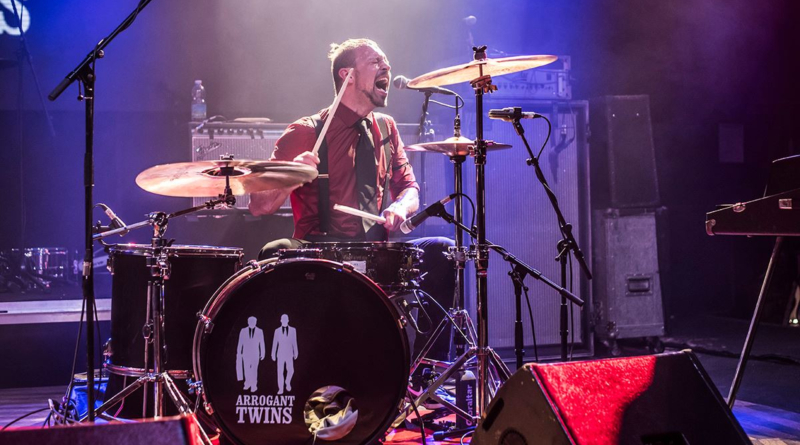 Benjamin Daniels just finished his Czech tour with a two-piece band called Arrogant Twins. As a drummer, he is the tireless engine of this rock ’n’ roll duo, but he also provides most of the singing. With releasing a record this year, it has been a really pleasing year for the Twins. “It is developing pretty nicely. We have a very good group of people we work with and hang out with. It’s basically a really good laugh,” Benjamin says.

Ben Daniels moved to Prague from the UK and has been living in the city for ten years now. He got married, started a family and explored the club and festival stages all over the country. Arrogant Twins is his third Czech band already. However, he is not much of a fan of the local music scene. “There are some good bands in the underground scene, but on the whole, it just seems to be mediocre and repetitive to me.” But he enjoys living in Prague and learning the language from the basics – with his daughter, born eight years ago.

“In the UK it’s much harder to make a mark, because there is much more competition from really good bands,” he explains.“You get treated much better in Czech, but less people go to shows and there are only a few good cities to play in.” Undoubtedly, nothing can beat the feeling of playing the Reading and Leeds festivals with bands like Muse or Foo Fighters, as Daniels experienced back in 2001 with his former punk outfit Jesse James.

But there are several special aspects to his current band, Arrogant Twins. Firstly, it is only Daniels on the drums and guitarist Méďa. Also, they have created a unique gangster-esque image, with a full background involving numerous made-up characters in videos posted on social media, coming out with their songs and as trailers for upcoming shows.

“The idea was very simple,” he says. “I was watching the TV show ‘Peaky Blinders’. At the beginning, it was meant to be serious but over time it has developed more into comedy.” 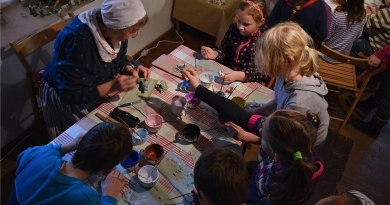