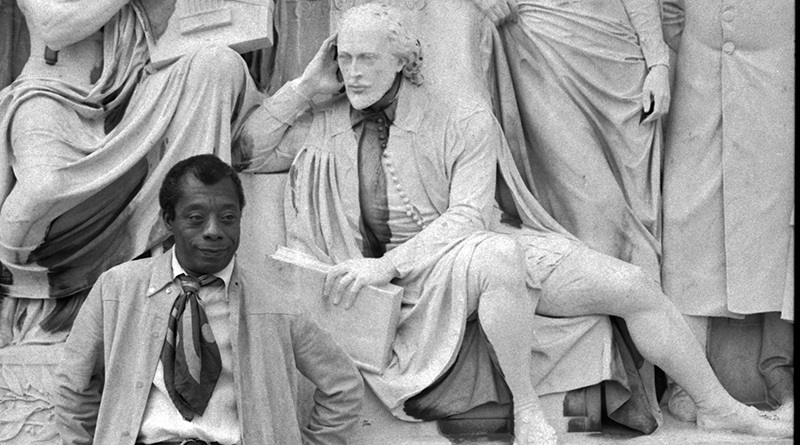 The title of James Baldwin’s 1963 book The Fire Next Time was the main theme of 2017 Prague Writers Festival. The screening of the documentary film I’m Not Your Negro, inspired by another work by Baldwin, put a proper and symbolic end to the festival.

Directed by Raoul Peck, the film has won a number of accolades including a nomination for the Academy Awards. Thanks to the festival and its producers, I’m Not Your Negro finally came to the Czech Republic.

“The story of the ‚Negro‘ is the story of America and it’s not a pretty story,” says James Baldwin through a deep impressive voice of Samuel L. Jackson. The documentary explores the history of racism in the United States, especially the tumultuous events of the ‘60s. His thoughts are interlaced with periodic records, photographs, videos and African-American music. The overall look of the film makes people feel the atmosphere of the Civil Rights movement and therefore compels them to think about its principles.

However, this is not the main merit of Peck’s movie. Retelling the past means the film has a real influence on the present. There is no doubt that racism or various struggles of (not only ethnic) minorities all over the world are still hot topics of today.

Visitors, who filled the PONREPO Cinema, had the opportunity to join a discussion after the screening. Director of PWF Michael March invited both the New York Times Cairo correspondent Maria Golia and Inderjit Bahdwar – an “irrepressible crusading journalist” nominated for Pulitzer Prize in 1975. Both speakers discussed their memories of the atmosphere in the US in the ‘60s and continued with their interpretation of I’m Not Your Negro.

The discussion with the audience quickly moved to current developments. One of the participants pointed out people’s apathy, and the response he got captured a very important message of the whole festival: sometimes it takes a voice of an artist to ignite action in the society.