An example of great translating and acting skills and also effective combination of Czech and British humor. That is what one could call the performance of Jára Cimrman‘s play The Conquest of the North Pole (Dobytí Severního pólu) that was given by Cimrman English Theatre company on Friday 21st October.

For those unfamiliar with him, Jára Cimrman is one of the most significant figures in the Czech culture. He is a playwright, inventor, explorer and overall genius. He isgreatly admired by Czechs and his plays are inseparably embedded in Czech cultural heritage. Most of Czech people know at least a few of the most famous lines from his plays, but there are also many who can recite whole scripts by heart. That is the reason why Jára Cimrman is often compared to the British Monthy Python series.

However, being such an important part of our nation’s psyche does not negate the fact that Jára Cimrman is a fictional character. He is the personification of a nationwide inside-joke created by Zdeněk Svěrák, Ladislav Smoljak and Jiří Šebánek. A concept that might be hard for foreigners to grasp, but is now more accessible than ever, thanks to this theater group.

The play sticks to the original so thoroughly, that it has been approved by Zdeněk Svěrák himself. His daughter Hana Jelínková (born Svěráková), who is an English teacher, oversaw the translation process, which has been carried out by the director Brian Stewart and Emilia Máchalová.

‚The Conquest of the North Pole‘ is the second play ever translated into English and approved by the original author. The first one was The Stand-In (Záskok), which the company has been performing since 2014 with great success.

The plot of Conquest is based on a plan of four members of a cold water swimmers club who decide to conquer the North Pole – without any proper knowledge or equipment for such an adventure. They get lost along the way, eat up all their food, starve and find themselves in many chaotic and hilarious situations, such as planning to eat the ‚Sled dog‘.

What might be surprising for spectators who are not familiar with the concept of Cimrman theatre is the first part of the play. It consists of a seminar where each of the actors reads out some ‚historical facts‘ about the background to the play and its author. This information is later used and referred to in the play itself during the second half of the whole performance. It might seem as if you have come to a completely different play – but do not be discouraged by that. It is actually a play within a play, independent and funny in its own right.

‚The Conquest‘ is divided into chapters based on journal entries written by the teacher, who’s also a narrator of the story. He reads out his entries in between each individual scene and often further elaborates on what has happened.

Cimrman English Theater troupe members told us, that a significant part of the audience consists of bilingual couples or Czechs who want their friends or relatives to become acquainted with this sacred Czech genre, something they might have a problem explaining without a concrete example. Now they can bring them to the theater to directly show them what they have been talking about for so long.

So if that’s your case too or if you are simply interested in such an important part of the Czech culture, you have an opportunity to come and see the next performance at the Žižkovské divadlo, which will be Conquest again on Friday 27th January 2016. 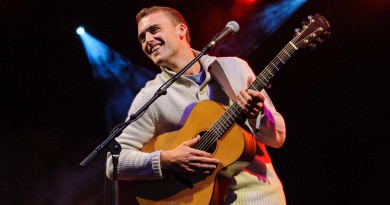 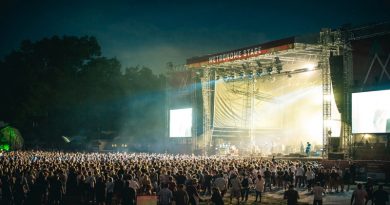 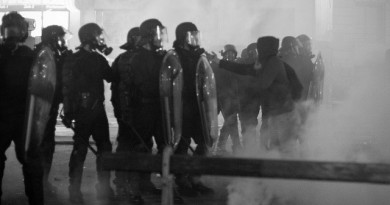