Jan Palach. This name represents one of the most powerful symbols of the struggle against the communist regime in Czechoslovakia. Palach was a student at Charles University’s Faculty of Arts and with the ultimate sacrifice, his self-immolation, he wanted to wake the Czechoslovakian people from the lethargy which had been ruling there after August ‘68.

Exactly forty-seven years since the Jan Palach’s the death, there was a solemn unveiling of a memorial rat Alšovo nábřeží, opposite the student´s alma mater. Residents and visitors in Prague had been admiring it since mid-December but the City Hall waited until January 16th for the official commemorative event to mark the sad anniversary of Jan´s passing away.

The unveiling was hosted by anchor Karel Voříšek and an interpreter for English-speaking guests. Many acadamics, politicians and cultural figures attended the event: Archbishop of Prague Dominik Duka, the senator and former rector of Charles University Václav Hampl, Renata Heyduk – the daughter of the American architect John Hejduk, who designed the monument, American ambassador to the Czech Republic Andrew Schapiro and many more. There were dozens of other visitors despite the terribly cold weather. Almost everyone of special guest gave a speech. Some longer, some shorter. For example, Václav Hampl pointed out that Palach’s week (with mass protests, marches and demonstrations) was more important to him than 17th November ’89 because it had inspired hundreds of thousands of fellow-citizens to brave opposition against the communistic totalitarianism.

As mentioned above, the monument was originally designed by John Hejduk, US architect of Czech origin. A poem named ‘The Funeral of Jan Palach’ by American poet David Shapiro had inspired John Hejduk to create two sculptures: The House of the Suicide and The House of the Mother of the Suicide. James Williamson, who was in charge of the initial realization, attended this tribute event too.

Near the newly unveiled ‘Houses’ also rests a plaque with the poem ‘The Funeral of Jan Palach’. Every passer-by can stop there for a while, remember the act of self-immolation and the former student of the neighbouring Faculty of Arts, remember Jan Palach. 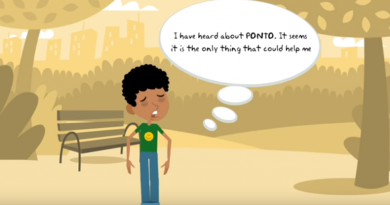