The Vaclav Havel Library had a very special visit on the 2nd of November 2015. A person who had drawn one of the biggest crowds in the history of the library was also one of the most controversial guests to ever visit it. Maria Alyokhina, a Russian activist from the Pussy Riot punk-rock band came to Prague just a day after her performance at the International Documentary Film Festival in Jihlava.

Maria Alyokhina is known to the general public as a member of the Pussy Riot guerrilla art group, a feminist and an outspoken critic of the current political regime in Russia. However, she is also a poet, a filmmaker, and an ex-prisoner, havin been incarcerated for more than two years in consequence of her involvement in protest performances. For many, she is a very controversial person.

The debate with her was a part of a wider discussion about the state of Russian prisons. Ironically, the event took place exactly one year after Czech President Miloš Zeman’s infamous speech on Radiožurnál, where he used vulgar language when referring to the Pussy Riot. The executive director of Vaclav Havel Library, Michael Žantovský reminded the anniversary jokingly at the beginning of the evening. After that, Maria Alyokhina, alongside with two other members of Russian anti-government opposition joined a debate with host Tamara Moyzes.

During the event, they discussed such topics as Alyokhina’s experience from her two-year stay in jail, living standards in Russian prisons, and her life as a dissident, dealing with the constant danger of arrests. Alyohkhina also presented two short movies she had introduced in Jihlava the day before. In the end, there was almost no time for questions from the audience. Three people still managed to ask something, among them our former Minister of Foreign Affairs, Karel Schwarzenberg. 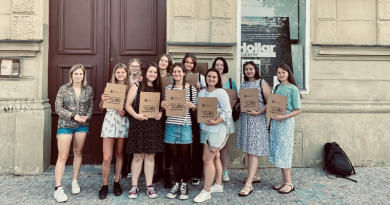 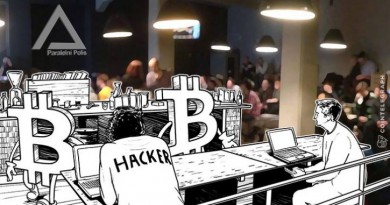