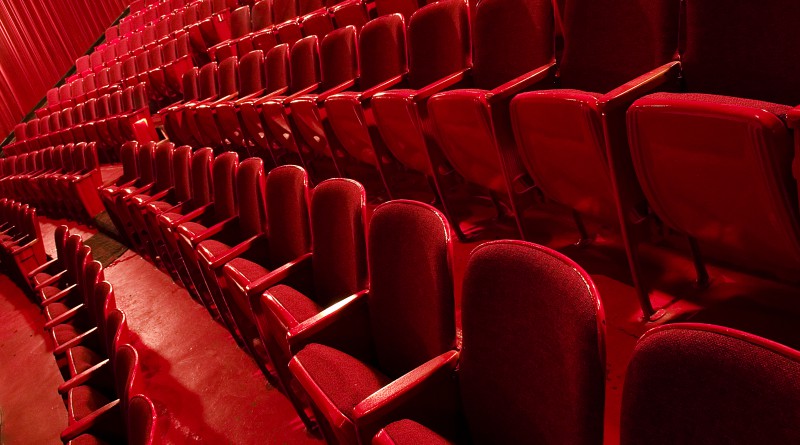 Julia Stainer is a performer from New York City who specializes in improv comedy. She studied in Chicago at the Second City and at the Upright Citizens Brigade in New York. She has worked at various theaters around the city and does outreach work with Cherub Improv, bringing workshops to in-need populations such as homeless shelters, hospices and community centers. At the moment, she and her husband are spending their vacation in Prague.

Where did you grow up? Did your childhood influence your career path?

I grew up in Las Vegas, which has lots of performers. My uncle played saxophone in the Jimmy Dorsey Band (prominent US jazz band) and the rest of my dad’s family followed him to Las Vegas. It was great living there. Big open skies and desert for miles around. Las Vegas is kind of an oasis of gambling and entertainment. So it didn’t seem strange to think about entertainment as a career path as it was very important to the revenue in the community.

I see the field of entertainment is close to you. However, did you always know you wanted to be an actress?

I didn’t. I always wanted to be a writer, but my high school teacher made me audition for a performing arts scholarship and I got it. So most of my university education was paid for by an acting scholarship.

Now you specialize mostly in improvisational theatre. How did you get into it?

I had to audition for every show to keep my scholarship. It was terrifying so I would audition because I had to and then sign-up to work backstage. A writer came to school named Jeffrey Sweet who wrote a book called Something Wonderful Right Away. This was interviews with many improv

artists that worked as part of The Compass and Second City. I fell in love with it. We started an improv and sketch group at my school called Troupe du Jour. For the first time I wasn’t afraid of being in front of people. No one knew what the script was so there was no expectations. We were writing on our feet.

I enjoy watching Whose Line Is It Anyway. Have you ever done improv like that?

I have. That type of improv is very fun to perform. It is called short form improv. Sadly, it has fallen out of favor in Chicago, New York and L.A. – the hot places where improv is happening. Short form is based on the work of Viola Spolin. She created something called theatre games and her son Paul Sills used them when he was working in Chicago as Second City was forming. He even brought a show of it based on fairy tales to Broadway. They are great games. Today a lot of troupes only ask the audience for a single word and then create a 25 minute show based on it. This long form improv is kind of like a Seinfeld episode (popular US sitcom) that takes one event and then explores how many crazy things will happen with it.

How difficult is it to do shows in New York?

It varies a lot. I have a friend who did shows for a year as a wardrobe manager all over Broadway and in a touring company. Now he is the dresser for Stephen Colbert. If you work backstage, you can find steady work. If you are a performer, you may go from a grand theater one week to a small cabaret space the next week. For small productions, what you will see is theatre co-ops, where multiple troupes will pool their money and rent a theatre for a week and give each other slots to perform.

What is it like for you, to be a performer in New York City? I assume the competition must be enormous.

It is exciting and frustrating at the same time. I know a lot of very talented people, who don’t have full time jobs acting. Not even part-time jobs acting. Many of us have survival jobs. I work at a large corporate law firm. The company is great. It allows many of the actors to work off-hours to accommodate for auditions and show schedules. In my department we have had many people, work a seven hour shift proofreading and then go downstairs and do a matinee.

Are there any projects you are currently working on?

I have two projects I am working on with my troupe Sneaky. Yes, that is what it is called. We are writing a sketch show for a May production and one of our members is going to film school. His project this spring is a short film called Entitled, which we will all be in about kooky heirs fighting over an inheritance.

What would you see as the perfect job?

If there were unlimited funds, I would love to start a small production company for improv artists. Improvisation is wonderful, but at the end of the evening it is all like a dream. There is nothing to show for it. When you do a play, you have the script to show or even a filmed version of it. Improv sets don’t translate to film. There is something about the audience experience that doesn’t get captured. It would be wonderful to have an avenue for improv artist to be able to channel their talents on to the screen like Christopher Guest has done with his films.

And finally, how do you like Prague so far?

I love it! Other than it being beautiful, it is amazing that the arts are encouraged and supported here. I wish it was like that all over the U.S. 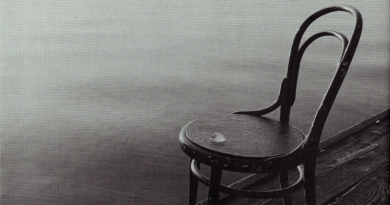 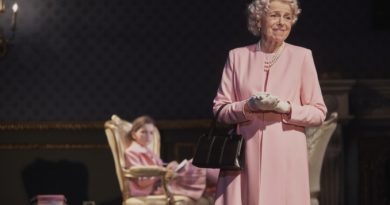 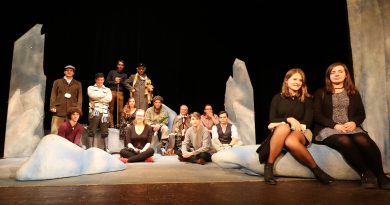 The Greatest Czech Jára Cimrman is now in English