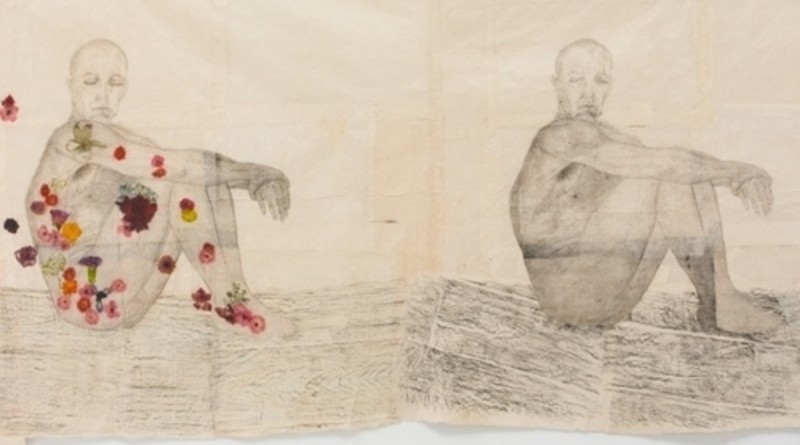 My favourite museum in Prague, Galerie Rudolfinum, is well known for its perfectly curated exhibitions, often pursuing controversial displays and artists. Flaesh was exactly like that – with items such as horse leather and an old tin bathtub. The exhibition was open from 1 August 2015 to 3 January 2016 and it reflected the works of five female artists from around the world. The name could be interpreted in different ways as it contains both flash and flesh – it can represent the meat, the body, or lightning.

The theme, common to all the works, was a human figure. The exposition was really diverse because the artists had used many different techniques and materials, including wax, metal and horse leather. Most of the works showed a female body or the human body in general – sometimes vague and androgynous. The main intention of the exhibition was to show how the human body works in contemporary art. The visitors could also watch short documentaries about the artists, where the women themselves talked about their art.

Sexuality as a natural part of human nature

The very first room presented the works of Marlene Dumas from Holland. We could see her watercolour paintings of female bodies in different positions. Some of them were African-American, which was important to the meaning of the works. It brought even more aspects of social meaning to the works, such as the issue of dealing with the condemnation of society. Sexuality was presented as a natural part of the human nature. In spite of the fact that the women were naked, the author was showing their feelings rather than the nudity. 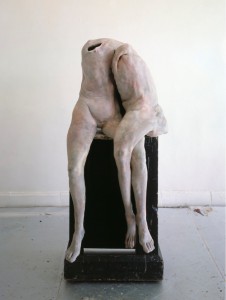 Another room was dedicated to the art of the famous British artist Tracey Emin. She transformed some of her most famous drawings into embroideries. There were also three installations referring to her life – a quote made out of neon tubes or an old tin bathtub with an old Union Jack on the bottom.  Her installation called The Dead Sea was also on the poster of the Flaesh exhibition, referring to her old piece of art and a change in her attitude to life.

The third exhibiting artist was Berlinde De Bruyckere from Belgium. She made headless androgynous bodies out of metal and wax, intertwined with each other. They evoked the feeling of death and transience of the human life, confronting the human nature. The viewer might have been shocked by how the properly coloured and modeled wax appeared so realistic and disturbing. There were even veins, shining through the “skin“. In the middle of the room there was an old glass showcase with a skin of a horse inside, oddly padded and sewn together. This piece of art was referring to cruelty towards animals during the First World War and to the human cruelty in general. It was certainly considered shocking and even repulsive by some people, but the meaning was much more important.

The fourth artist presented was Kiki Smith from the USA. Beside two sculptures of human figures with absurdly huge heads, we could see ink paintings on the walls. The paintings, pictured on thin Nepalese paper, seemed very subtle. The figures on the walls were dreamy, like from a fairytale. Smith had used a lot of glitter, which looked really interesting in combination with the ink. Smith wanted to present the female body as something gender-neutral, as just a human body.

The last room presented the artwork of Louise Bourgeois from France. She used the human body to express human emotionality, and to show this she made several sculptures. Three objects reminiscent of human bodies were made by combining different pieces of clothes. Bourgeois also worked with Tracey Emin and the result was on one of the walls – drawings, presenting both male and female torsos, completed with quotes and dialogues.

In conclusion, this exhibition could have had an impact on some people and made them think about the burning issues of today’s society and its perception of the female body. I think it is really important to show more art made by women today, as female artists were often left out in the history of art. The curators said that their aim was to question the role of a human body in contemporary art. Is the human body in the artistic sphere a representation or only a space to display the inner life? 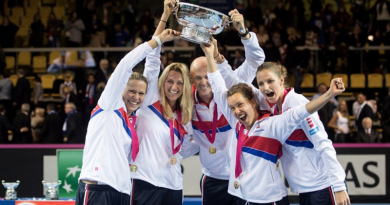 Worth Czeching Out: Trhové Sviny