Andrew H. Schapiro (53) stepped down from his office in Prague on January 20, 2017. Schapiro has been one of the most active and liberal US representatives to our country in recent history. Among other things, he is notable for his tense relationship with the Czech president Miloš Zeman. The former ambassador plans to again pursue his career as a lawyer.

It is well-known that attorney Andrew Schapiro was a classmate of Obama’s at Harvard and raised more than USD 1.2 million for his electoral campaigns. Like many of Obama’s nominees, Schapiro was a politically-appointed “bundler” and those were demanded to leave their posts on Trump’s Inauguration Day with no grace period given. That puts Schapiro and his young family in a rather difficult position as the children must finish their school year in Prague.

With well-founded relations, the former US Ambassador hopes to travel to the Czech Republic as often as possible to visit his family and friends. Schapiro’s Prague-born mother Raya Czerner, then 5, and her sister, Helga, 7, escaped with an uncle from Nazi-held Czechoslovakia in 1939. Unfortunately, their grandmother and another uncle stayed behind and both died in German Nazi concentration camps. Raya settled in Chicago, taught at Northwestern Medical School, and married Joseph Schapiro, a pediatrician.

Shapiro served in the Czech Republic from September 2014 to January 2017. The Czech Foreign Minister Lubomír Zaorálek fears that Prague will wait a long time for a new U.S. ambassador, as he said to ČTK. Right after Trump became the president-elect, rumours emerged saying Trump’s first wife, Czech-born Ivana Trump, might replace Schapiro in the post. Even Zeman seems to be in favour of the potential nomination. She confirmed her interest in becoming ambassador to the Czech Republic.

Until Schapiro’s successor hands his credentials, the embassy in Prague will be headed by the Deputy Chief of the Mission Kelly Adams-Smith, the U.S. Department of State has said. 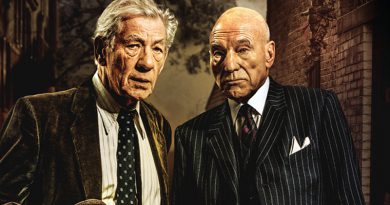