The first president of the Czech Republic. A playwright with an admirable vision. An extraordinary human being.  A dissident. A fighter for human rights. Truth and love.

And what comes to your mind when you hear the name Václav Havel?

In 2016 Václav Havel would have celebrated his eightieth birthday. Many theatre performances, lectures, author readings, projections and exhibitions were prepared for the occasion of the anniversary. Most of these were held under the auspices of the following three institutions: Václav Havel Library, Václav Havel Library Foundation, and Art for Amnesty – Amnesty International. The year-long project was called Havel80.

To recapitulate the year in which we were remembering this influential person in our modern history, I would like to highlight four important events.

In February, enthusiasts of contemporary art had an opportunity to meet the eminent Chinese artist Ai Wei Wei. The debate about the work of Ai Wei Wei, but also about the political situation and the state of human rights in China took place on the premises of the Faculty of Philosophy of Charles University in Prague. 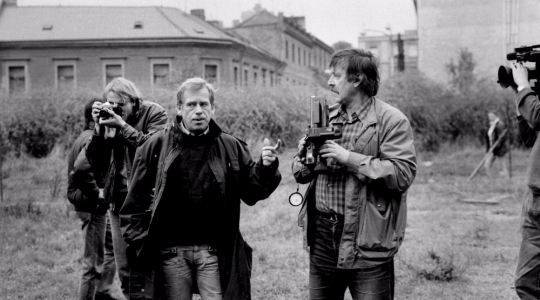 The summer events were all related to the theatre, as Václav Havel had really strong connections with the DAMU Theatre Academy. From June 13 till June 24, creative workshops and theatre seminars were held as part of the DAMU Summer School. The main emphasis was given to Havel’s well-known plays such as “Zahradní slavnost” (The Garden Party) or “Odcházení” (Leaving).

The eightieth birthday deserves eighty congratulators! A huge concert on October 15 in Prague’s Lucerna Palace was the festive closing ceremony of the Havel80 project. To support the project and send a thankful message to Václav Havel, many prominent Czech personalities, including politicians, filmmakers, musicians, and poets arrived.  Among them were Karel Schwarzenberg, Olga Sommerová, David Koller and Jáchym Topol.

Since the end of October, the DOX Centre for Contemporary Art in Prague has been presenting a large-scale exhibition named very simply ‘HAVEL’. Two acclaimed Czech photographers, hundreds of powerful black-and-white photos. A breathtaking must-see experience. Tomki Němec and Bohdan Holomíček captured the personality of Václav Havel in many different life situations – from the Velvet Revolution and official presidential functions to private relationships with his closest soul mates. 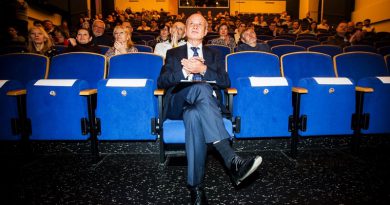