He is a professional hockey player, painter, a little bit of a philosopher, and he is definitely a good soul – Nathan Robinson.

Nathan is 34 years old and he comes from Canada. He has reached the National Hockey League – ten years ago he played for Boston Bruins. Last season he signed a contract with HC Slavia Praha and now he is in Belarus.

„In the Czech Republic, I was surprised by the language barrier. I thought more people spoke English,“ said Robinson. What might be a surprise for Czechs in Canada? „Snow. A lot of snow… And hockey? It is everywhere in there. It´s religion.“

Nathan has a rare hobby for a hockey player – painting. „Yeah, it´s not typical. I don´t know any other hockey player who paints. My friend Rob Zepp, who is a goalie in Berlin, plays guitar, so we have a lot in common, but other guys have different hobbies,“ he said. „I have always liked art. My grandfather was an artist.“

When Nathan was younger, he was a party guy and he used to spend evenings at the bar, but his life has changed. A few years ago, he exchanged glasses of alcohol for brushes. „I have a lot of time to paint during the season. It´s good for my concentration.“

Nathan only started to paint six years ago, and his pictures are already very attractive. How come? Is he so talented? „I don´t know. I do what I feel. I get ideas from my life. Painting is all about being creative. It is also about being who you are and expressing it on a canvas.“

He often donates his paintings to charity. „When I was in Kölner Haie, which is a team from the German ice hockey league, my teammate John Tripp organized a cancer charity. I did some stuff for them. Now it is my goal to do a benefit exhibition in the Czech Republic.“

It is obvious that Nathan is a philosophically inclined person. What is the meaning of life in his view? „For me, smiling and enjoying our health. I can´t complain about my life. I have a great life and I´m really thankful for that. Sometimes you have to be thankful for what you have, instead of complaining about what you don´t have. However, it´s a hard question. Everybody comes from a different background.“

Without a shadow of a doubt, Robinson is a good-hearted and wise person.

From Nathan’s point of view, hockey is an art too. „I´m a creative player. The way I play on the ice shows who I am. I´m a much more effective player when I´m just doing what I want. That´s like painting.“

The hockey life is short (Jaromír Jagr being a special case) and Robinson is 34 years old. What will he do after the end of his successful career? „Painting is not a full-time job. It is more just a hobby. After I quit playing hockey, I have a lot of ideas what to do. I want to open a restaurant or be a hockey manager. It´s a cool job. But right now, I still play hockey. And I want to play hockey as long as I can.“ 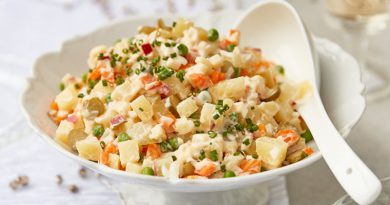 Worth Czeching Out: The Šluknov Hook