“Our old flag had red on it and we want to wash off that colour. This (white and blue) is our new flag and we’re saying as Russians that we do not want war in Ukraine,” said a Russian activist and member of Prague’s Russian Anti War Committee, on the condition of anonymity, at a benefit concert for Ukraine in Letná Park.

“We fully support the Ukrainians and we stand with them together,” he added, as a large number of people attended the concert on Sunday (April 3) which was organised by the Ukrainian embassy in Prague and various NGOs from the Czech Republic. An aid market was also set up during the event for the support of refugees.

Around 300,000 Ukrainian refugees have arrived in the Czech Republic, according to Prime Minister Petr Fiala. The recent concert, where the new Russian flags were flown alongside the Ukrainian ones, testifies that the momentum against the war and in support of Ukraine has not subsided in the Central European country.

“I also attended the demonstration in Old Town Square and now this one and my reason is to tell the world that we did not vote for Putin and don’t support him. It is very important for us to break this myth that we support war,” said Mickeal, a Russian based in Prague, who didn’t share his surname.

Anastasia Trukhina, another Russian citizen at the concert, was carrying the new flag in solidarity with Ukraine.

“I am from Russia and holding the opposition flag. We took off the last red stripe and changed it to the white one as red symbolised blood. All people in the 21st century should be against war and I am standing here to manifest my opinion that people [in Ukraine] shouldn’t die,” she said.

According to Denis Bilunov, one of the founding members of the Russian Anti War Committee in Prague, it is important to overcome this common stereotype that “all Russians (or at least a large majority) support Putin” and the new flag is one step in that direction.

“We worked quite hard to spread information and I personally contacted every single group participant [from the Russian diaspora in the committee], persuading them to take [new blue and white] stickers and posters,” he said, adding that removing the red colour implies that they want an end to bloodshed and violence.

However, not everybody appreciated the gesture of changing the flag colour and carrying blue and white badges and banners.

Tanya Solomadina, a Ukrainian from Kharkiv who has been residing in Prague for three years, shared that she doesn’t agree with the idea that only Putin is responsible for war. Her placard carried the slogan “#FuckOffRussians”.

“It isn’t so that only one person is responsible because a lot of Russians support Putin and the government and it is a big problem,” she said, citing that her Russian neighbour in the dormitory too supports the Kremlin.

“It isn’t about Putin, it’s about Russians… they did nothing for years and it is their responsibility [to deal with Putin and his aides].”

Denis further shared that in the recent meeting of the Russian Anti War Committee, the members decided to assist Ukrainian refugees, especially their children and teens, in education.

“We have decided to establish a long-lasting education centre for Ukrainian teenagers from refugee families. At least 20 people volunteered to teach a wide range of disciplines, from languages and mathematics to chess and amateur theatre,” he said.

Ukrainians who only recently arrived in the city also attended the concert-cum-protest.

27-year-old Yuliya Nekrasova arrived from Kharkiv less than a month ago with her mother. Calling the situation in her city “really terrible”, she said it is extremely necessary to continue to protest and organise such events to raise awareness and continue the struggle for Ukraine’s freedom.

“They [the people in the Czech Republic] have done so much for us…I am very very thankful to everyone who has helped me, especially my colleagues,” she said, as her mom carried a placard stating atrocities from Bucha where mass bodies were discovered after Russian troops withdrew from the suburbs of Kyiv recently. 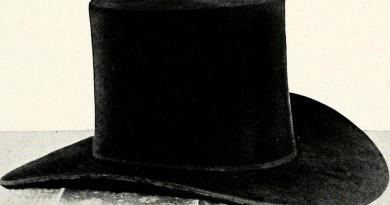 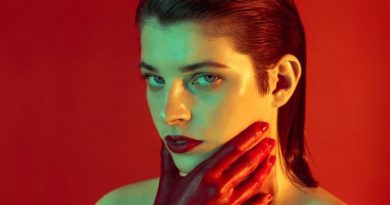