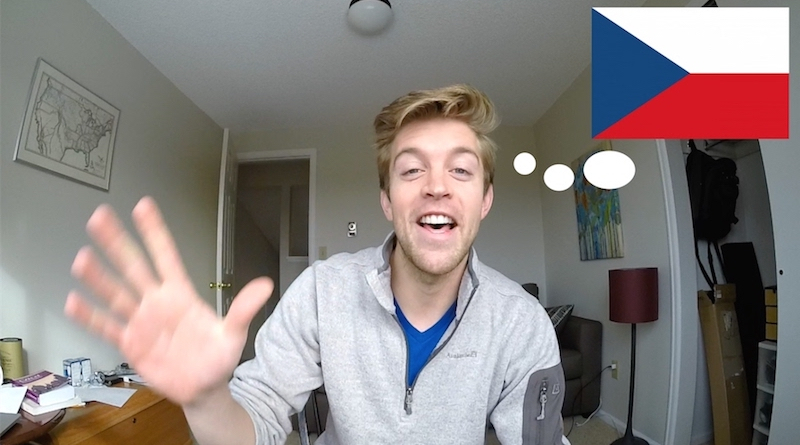 Ohio born YouTuber Gavin Roy started to teach himself Brazilian Portuguese in 2011, four years later he created “SmallAdvantages” – a YouTube channel in Portuguese to help people learn English. Now, with over 1.2 million subscribers, Gavin is the most popular foreign YouTuber in Brazil. Later, because of his heritage, he started learning Czech. He has been sharing his journey on his second channel “TadyGavin”.

According to Gavin, the most rewarding part of learning new languages is connecting with people on a deeper level. “I see people both in Portuguese and in Czech opening up to me more. I understand the Czech Republic a hundred times more now,” says Gavin.

He believes in setting priorities when learning. “I spend an hour a day with some Czech activity – sometimes it’s more, for example when I record videos for TadyGavin. So other things suffer in my life, for example I don’t read as much as I used to.” He also says people who claim that learning languages is too hard are actually not willing to make the sacrifice of time.

Gavin did not forget to mention some of his favorite Czech words. “I like the genitive of ‘čtyři’, which is ‘čtyř’. I also like the word ‘šňůra’ – something about the sound [šňů]. Also ‘předvčerejškem’, being able to say ‘the day before yesterday’ in only one word is so cool.”

Apart from speaking with his teachers, he improves his skills by watching Czech YouTubers, such as Kovy or JmenujuSeMartin. “They have had so much success in the country that is thirty times smaller than the US,” Gavin says. He also praises the music of Xindl X: “I admire him for making music in Czech. A lot of people are making all their content in English to try to sell more.”

Although Gavin graduated with a PhD in atmospheric science, he lost passion for it. But he does not feel as if the time was wasted, he says it was just one chapter in his life and now languages are the next chapter. “I think in the modern age, we are going to see a lot more of these chapter turns, because we can be more dynamic.”

Gavin would not mind living in a smaller Czech city, such as Písek or České Budějovice. He would love to bike around on the trails in the countryside, which he thinks is a hidden secret most foreigners do not know about.

Alyssa Kolowrat: I was lucky to be raised as a child of immigrants 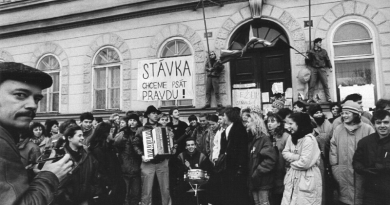