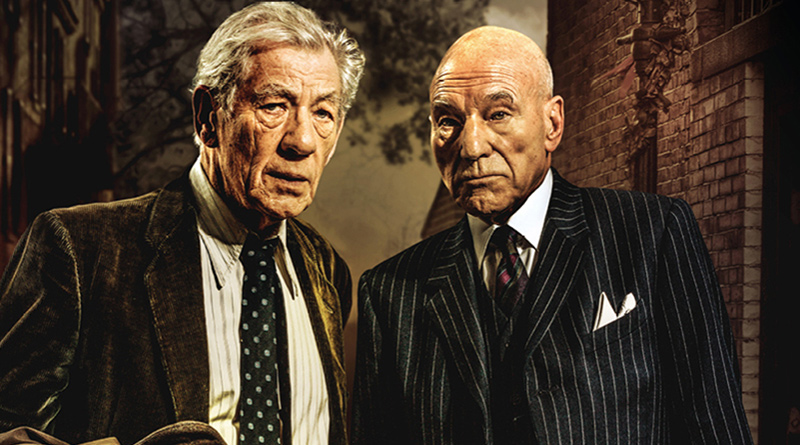 A thrilling show of four smart men on one stage. This is how we can describe the adaptation of a play by Nobel Prize laureate Harold Pinter presented in Wyndham’s Theatre in London. In No Man´s Land Ian McKellen and Patrick Stewart show themselves off alongside Owen Teale and Damien Molony. The director of the play, which has been performed since 2013, is Sean Mathias, the successful theatrical director. No Man´s Land was screened live on December 15, 2016, in the Aero Cinema in Prague as part of the National Theatre Live project. The show was followed by an interview with all four protagonists and the director as well.

The plot is quite simple. On a summer´s evening two old friends, both ageing writers, meet in a pub and then continue the evening drinking in one of their houses. Talking about their lives and nonsense at the same time, the night slowly transitions into the next day filled with sober and honest discussion about life goals. They start to be personal by dredging up old affairs, secrets and injustices.

The main characters are named after cricket players, due to Pinter’s interest in the sport. We meet Hirst, first class literate and alcoholic (played by Patrick Stewart, well known as Captain Pickard from the Star Trek movies), who is living in a luxurious house with Foster (played by Damien Molony, a 37-year-old talented Irishman) and Briggs, both his writer and bodyguard (by Owen Teale, known as Alliser Thorne from Game of Thrones). Foster´s servants, who stand a bit in the shadow, may be having a homosexual affair. Spooner is Hirst´s less famous friend from college (played by Ian McKellen, performer of Gandalf in the LOTR series), who complains about everything.

Since the stage set is kept very simple, viewers´ attention is drawn to the actors, who take advantage of this opportunity with professional mastery. The installation of the scene is inspired by modest saloon, the creators decided to use only a few stage properties, such as glasses with drinks, dishes or fresh morning´s eggs eaten by Spooner in one scene. From time to time, each of the characters suddenly becomes the main “Man” supported by the others. What is more, their striking facial expressions add to poignant sarcastic humour. For non-native speakers, it is pleasing that all of the actors deliver their lines in clear standard British English, which is easy to understand and makes the impression of the screening even more authentic and outstanding.

Sirs McKellen and Stewart have known each other since their engagement in the Royal Shakespeare Company in the 1970s and even became real friends while shooting X-Men in 2000. They played the main characters in another play directed by Mathias (Waiting for Godot), and they have therefore acquired a remarkable chemistry of performance. This pairing signifies the main reason why No Man´s Land is one of the most difficult plays for which to get tickets in London. Sean Mathias, by the way a former partner of McKellen, is the director. He also succeeded with a movie adaptation of Bent, about gays in Dachau, which won a prize at Cannes in 1997.

No Man´s Land started its run in October 2013. It was originally performed in the Cort Theatre on Broadway, and later moved to Wyndham’s Theatre. It is both a comedy and a deep analysis of ageing, allowing the audience to reach their own interpretation. The play is based on one by Harold Pinter. Pinter, who died in 2005 and was the author of 30 still-performed pieces, was a British dramatist widely inspired by Samuel Beckett and the theatre of the absurd. The first adaptation of No Man´s Land was staged in 1975 with John Gielgud and Ralph Richardson and was directed by Peter Hall. The premiere was a success, observed (and at the time seen) by McKellen, Stewart, and Mathias.

National Theatre Live is a project providing both live and recorded performances at London´s National Theatre, usually the best ones, for instance Hamlet or Amadeus. The extraordinary opportunity to attend screenings of such successful plays is regularly offered to theatre enthusiasts not only in Prague, but also in other culture hubs around the world. In Prague, NTL performances are usually shown in the Aero or the Lucerna Cinema, accompanied by Czech subtitles. 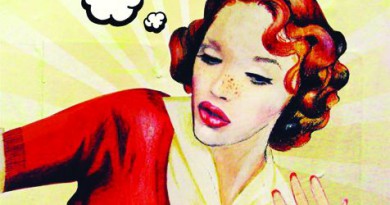 Worth Czeching Out: Kinský Garden