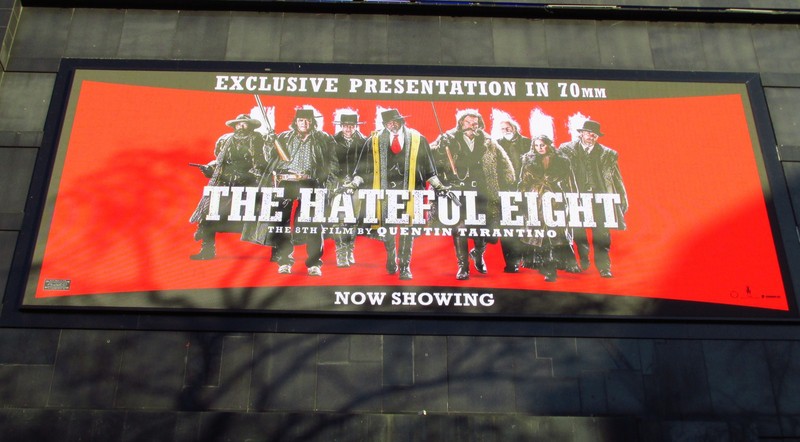 Every new entry in the list of Quentin Tarantino films is a significant event in the world of cinematography. His supposedly eighth movie, starring supposedly eight hateful characters (mathematics is evidently not the director’s forte), came out recently. It does not offer anything less or anything more than what we would expect from Tarantino.

The story begins with Major Marquis Warren (Samuel L. Jackson) stopping a stagecoach in which he finds his old acquaintance, bounty hunter John Ruth (Kurt Russell) with his captive, wanted murderer Daisy Domergue (Jennifer Jason Leigh). Later, they are joined by Chris Mannix (Walton Goggins), who claims to be the new sheriff of the town the stagecoach is heading to. As could be expected, the situation gets rather complicated because of the looming snowstorm and their decision to wait it out in Minnie’s Habberdasher, stagecoach lodge on their way. Here they meet four mysterious strangers and start sensing that things are not quite as they seem.

Even if the movie really starred only eight characters, it would still be more than enough, in my view, as most of them lack any character. It is rather typical of Tarantino movies that they feature seasoned and hardened tough men, whose heartlessness stands behind the comical portion of the film. However, once all the characters have displayed such mentality, the movie itself starts to lose its credibility. If Tarantino had created for example The Hateful Four instead of The Hateful Eight, it might have allowed the viewers to actually relate to the characters.

However, it is not just the characters that keep reminding us of Tarantino’s previous work. His style and sense of humour are legendary, and we all love them, but I still get the impression that he fell into a monotony in some ways – the surprising moment when a lengthy dialogue of characters suddenly turns into a massacre is not so surprising anymore, and the ever-growing brutality is sometimes excessive. In many aspects, The Hateful Eight is noticeably similar to Tarantino’s previous film, Django Unchained. Once again, he introduces two bounty hunters who work together – even here one Caucasian and one Afro-American. He uses similar references to the dismal situation of African-American slaves, only set several years later in time. Even the scenery is almost the same – now covered in snow. It almost feels as if the author did not manage to make use of everything he wanted – or as though he wanted to create ‚Django, 20 years later‘.

The most remarkable element in Tarantino’s latest opus seems to be Daisy Domergue. While we are used to beautiful, elegant female characters, contrasting with dirty, bleeding and devastated men on the silver screen, Daisy is different. Throughout the film’s excessive three-hour duration, she has a black eye, dirty blood-stained hair, picks her nose, spits, and cuts other characters‘ arms off. The audience naturally expects that a gentleman will stand up for her and stop the bounty hunters from repeatedly slapping her and keeping her in cuffs… It seems that no one notices she is, in fact, a woman. And that is  endearingly innovative.

Despite my many objections, I still have to recommend watching The Hateful Eight. It is very atmospheric, there is a number of amusing one-liners, and – let us admit – it is Tarantino! 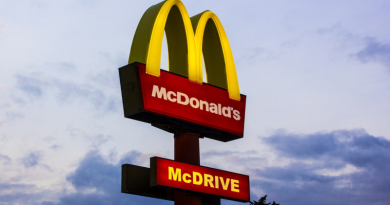 Worth Czeching Out: Český Krumlov