“A decadent but yet alive city, Prague’s charming aura comforted us during the worst moments in this long curse that is exile”. With these words, the journalist and writer Teresa Pàmies described the city of Prague in her memoirs, where she spent many years of her life after the Spanish Civil War.

Like her, hundreds of Spanish citizens had to flee the country in 1939 escaping from fascism, when Franco invaded the last region that was remaining under the control of the democratic-elected government. From this colony, few exiles are left alive in the Czech Republic nowadays. This dwindling community includes the grandson of Antonio Machado, one of the most famous poets of Spanish history, and the daughter of Vicente Uribe, the minister of agriculture during the Second Republic.

“I remember that we had a club, the municipality provided us with this place, and we gathered together. Our parents talked about politics while we played around”, explains Antonio Casado Machado, a relative of the well-known writer with the same name. This old man lived most of his childhood and teenage years in Ústí nad Labem, a village in the northwest part of the country.

The biggest Spanish exiled community was in Prague, though, where Violeta Uribe, the firstborn of the relevant politician, grew up. “My parents lived a fake life. They gathered together to discuss Marxism. They also taught us traditional songs”, explains her. “They lived while denying their reality. They didn’t want to be in socialist Czechoslovakia”.

In both cases, their parents were Communist militants in Spain, and it was thanks to the party that they arrived in Prague. Casado Machado lived in Moscow and Yugoslavia before. According to him, they were welcomed, and the Czech people showed a lot of consideration. Some of them fought along with the antifascists in the international brigades: “They knew our situation, and they helped us with the adaptation to the country”, highlights.

The memories of Uribe are a bit different. She points out that the community was marginalized from the everyday life of the country, and her family had barely any contact with Czechs. “They sent me to school without knowing the language, and it was hard”, she says. Moreover, her father spent some periods illegally in Paris as a duty toward the party, and her mother had to work to fulfill the needs of five kids.

According to Casado Machado, the adaptation was smoother for most of the exiled persons. In his case, he controlled Czech from an early age, and his mother worked as a nurse in a clinic, where she also learned the language. “She was very loved”, says.

Especially during the first years of exile, the idealization of Spain was a common discourse within the community. “They were teaching all the children that our home was in another place, and although the circumstances were not allowing us to return to Spain, we will be returning in, maximum, two or three years”, remembers Casado Machado. He adds that adults raised their kids in a continuous nostalgia for something they barely remembered.

After all, Franco stayed in power for more than 35 years, and during this time most of the people started to lose their ennoblement towards a reality that no longer existed. “They adapted more to their current reality. They changed their minds a bit too, they flattened somehow”, explains Uribe. And Casado Machado agrees: “You can try to avoid your forced exile, but it was a situation difficult to change. They just survived, and this meant accepting”.

Exile was “a curse”, said Teresa Pàmies. And, even though most of them finally integrate into a complex society like the one in socialist Czechoslovakia, the pain was also very present. According to the old man, his parents and friends were always commenting on how different their life was back in Spain, a culture shock that was “difficult and hard”. The other thing was the climate: “We were very affected by the temperature and weather. Here the winter lasts until April or May. Everyone was very harmed by this”, points out.

For this reason, maintaining the Spanish community together, sharing gatherings, political debates, and other traditions was essential for most of the people, especially the adults. “Being connected meant keeping the hope to return to our home”, says Uribe, who highlights another tool that promoted cohesion: the Spanish newsroom of Radio Praha, part of the public Czechoslovak broadcasting.

Casado Machado, like Teresa Pàmies and many others, worked at this radio station for years. It also reached other parts of Europe such as Switzerland and East Germany, and it was a way of branching out contact with other exiled Spaniards. Pàmies wrote in her memoirs: “We published news, talked about concerts and reported the political decisions of the government. But foremost, we accompanied all those people who felt like homeless orphans, far away from their motherland”.

Although she never worked with Casado Machado, the old man has a similar way of describing the role of the radio within the exiled people. “We had to report news relevant to the Spanish-speaking community. This also meant to talk about our needs, about our shared experiences”, says the retired journalist. He also mentions another radio station, called Radio Pirenaica, which was even more famous than the one in Prague. This broadcast reached Francoist Spain, and it was a sort of counter-propaganda against the fascist regime.

“A lot of people, even the authorities at that time, thought that both radio stations were located in Prague. But the truth is that we didn’t have the honor to rule Radio Pirenaica”, explains Casado Machado, that highlights that recently some researchers confirmed that it was based in Rumania. Uribe says that she has memories of her parents listening to both stations, and adds that thanks to the broadcasting, her grandmother, back in Spain, found out that one of her uncles died near Bucarest.

Spanish or Czech? A different experience for the kids

This need of sharing time with other Spanish exiled persons was not as necessary for the kids. Most of them were raised in Czechoslovakia, meaning that they were more connected with the country than their parents. The Communist Party tried to keep the colony together, especially in Moscow and Prague, where the main part of the exiled people lived in Europe. “They kept the spirit, but I had other goals. I didn’t feel that”, explains Casado Machado.

The problem with identity is also shared by Uribe, who considers herself a citizen of the world rather than Spanish, Basque or Czech. “I decided to be a freelance translator, so I could travel a lot”, points out. She also mentions that her family, after the 80s, was spread throughout Europe and this also makes it difficult to identify a homeland.

When asked why they decided to stay even after Franco’s death, Casado Machado explains his experience. In 1970, when the Spanish dictatorship was almost over, his mother decided to go back to Spain. “I went but I felt alien to that reality”. For this reason, after two years in Madrid, he decided to return to Prague. “I was about to marry a Czech woman. I had my life here. Although I have family in Spain, I spent all my life, from 3 years old until 25 or 26, in the country”, says the man. “Prague was my home”.

Violeta Uribe decided to stay in Prague for similar reasons. She had two kids with a Czech man and, although they divorced, she could not have brought her sons with her. “It was very difficult, and I didn’t want to leave without any means, illegally, with two underages, back to a country that stigmatized me for being a Uribe”, declare. And she exemplifies this by saying that the first time she went back to Spain, she had some problems. “I went there with my theater company, Laterna Magika, and the secret police followed me”.

Casado Machado also highlights that the poverty that Spain was going through didn’t help the decision to stay in the motherland. “The scarcity there was noticeable. I remember walking through the neighborhoods on the outskirts of Madrid. I saw how they lived, without water or electricity. It was shocking”, expresses.

Despite their decision to stay in Prague, both decided to keep the language with their families. Casado Machado decided to speak Spanish with his children. “I remember that Spanish was also spoken in my house. And thanks to this I didn’t lose this part of me. Within all our contradictions, this is part of our identity”, says.

Too late: A reparation that never arrived

After the death of Franco, in November 1975, any historical memory law was approved –until 2021. In other words, any official event of commemoration took place until these last months. “We don’t expect anything”, says Casado Machado, who points out that there’s almost no one alive in Prague apart from five or six persons like himself or Uribe. Although he thinks there’s the aim to keep history alive, barely any steps have been made since.

Some weeks ago, the Spanish embassy together with the Czech authorities and different associations organized an event at the cemetery of Strašnice, to commemorate six Republican soldiers that were killed by the end of the Second World War in the nazi camp of Hradištko. “These kinds of memorials are useless if the persons are already dead”, declares Uribe.

Casado Machado adds that “from the historical community, the adults from the colony, there’s no one left. The last one passed out in 2015, more than 100 years old”. She was Benita Gil Serrano, a teacher and trade union coordinator. For this reason, the old man also considers that reparation is arriving late. “Now everyone knows what the fascist regime did. But they are moving towards justice in 2022, and in ten years almost anyone who experienced the Civil War will remain alive”, explains.

According to Uribe, even though it is true that Spain is walking towards recognition, this is because “there’s no other choice”. In her words, “what happened during Francoism is history, and history cannot be changed. It can be diverted, but then society will naturally return to the path of the truth. No person or system that can silence it”, concludes. 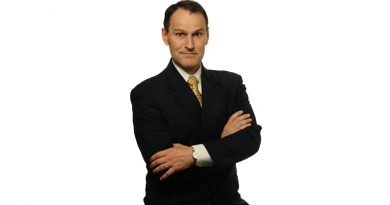