Even upon arriving at a safe place, insecurities in the new countries and fear for their loved ones hinder women in an ongoing trauma.

When Iryna Bondar first saw the photo of her family in Vyšné Nemecké, taken right after they crossed the Ukrainian border with Slovakia, she cried. “We all look so tired and dirty”, she says. “We were seven people and a cat, and we spent three days in a car with no water to drink”.

In her new home in Bratislava, Iryna feels grateful for having this moment registered. She has come a long way since then. Yet, her journey to safety – to undisputed safety – is far from over.

Iryna Bondar is one of the millions of Ukrainians who fled the war, in a displacement crisis that is, first and foremost, a crisis for women. From attacks at home and fleeing for survival to the hardships in the new country, they face traumas throughout the entire process.

“For these Ukrainian women, safety is not safety”, says Sabine Kallauch, an Austrian psychologist and social worker who has been volunteering at different points of the Ukrainian border. “Even after they arrive in a country without war, they have no idea what will come next”, she says. “Many have lost everything. They don’t know what will happen to their former lives, and they have nothing left. The simple act of being here now, the everyday life in a new country, is a challenge”, Sabine adds.

Even in countries like Germany, where the government has agreed on a 2 billion euro package to accommodate and integrate Ukrainians, refugees still suffer from the anxiety and uncertainties that the new life brings.

Olga Bilous, entrepreneur and former owner of an eyeglass stand in a Bazar in Zaporizhzhia, fled her hometown with her 15-year-old son and 12-year-old daughter. For weeks, they lived at the home of a friend of their Ukrainian pastor. “They are a Christian family, and they adopted us”, says Olga.

During this time, it was this Christian family who provided for Olga and her children. The local church and members of the community have also come to their aid, donating clothes and other items.

Now, Olga has moved into an apartment and, while her children are attending school, she started taking German classes. She is supposed to receive a stipend from the German government, but she has no idea whether it will be enough to make ends meet.

Meanwhile, her husband is still back home.

Once they reach a place of refuge, most Ukrainian women have to face the burdens of becoming the single heads of their households. They have a hard time finding housing and decent work that could provide financial stability – all that while being responsible for caring for the children and elderly relatives.

Iryna, her 12-year-old son and her mother-in-law share a two-bedroom apartment in Bratislava with Iryna’s best friend and her two daughters. “We got the place for free in a Facebook group because of Kyzja, my 8-year-old cat”, she says. Iryna posted about the family’s journey with the cat and soon a Slovakian family felt for the pet and offered them a place to live.

Since Iryna has to wake up every day at 5 AM to leave for work at a farmaceutical lab, her mother in law is the one who cooks and looks after the house. After 15 years of working in sales in Ukraine, in Bratislava Iryna was finally able to return to her field. But that didn’t make things easy.

“It is my first time living abroad. I am alone with raising my son, and I have to worry about things I never had to think about in Ukraine, like earning enough money”, she says. “Back home, life was easy. I had my husband to share everything with. And he would do anything for our son. He has always been such a good dad”.

Iryna stops and apologises. “I can’t talk about my husband without crying”.

For Sabine, Ukrainian women’s trauma is ongoing – and they won’t be able to process it for as long as the war prevails. The Austrian social explains that women like Iryna can’t even start to process their trauma, because they are still in the middle of it. Regardless of where they are now, there is still a lot of insecurity about the family and friends left behind in Ukraine.

Psychology Today describes trauma as a person’s emotional response to a distressing experience. Unlike ordinary adversities, traumatic experiences are sudden and unexpected to a point that they undermine a person’s sense of security.

Such disturbing events activate the amygdala, a structure in the brain responsible for detecting threats. It sends out an alarm to the body, preparing it for defence – and putting the body in survival mode.

When 23-year-old Maria Stus moved to Slovakia with her 4-year-old daughter, she had no other option but to be functional. She worked double shifts in a factory and went back home to watch not only her own daughter but three other children of Ukrainian women with whom she shared a flat.

Maria calls her husband every day. She misses her former life, and all she wants right now is to go back to Ukraine. Now in Poland, where she lives with a friend whilst looking for a new place, she recalls the hardships of her first month abroad.

“It was terrible”, she says. “We didn’t get along and my child was constantly offended, so I had to move. It is very hard to live in such a regime, and besides that, suffer from nervous exhaustion at home”.

Sabine believes that is what is happening to Ukrainian women. “All these people are still in survival mode. When you’re in this mode, you still have a lot of adrenaline and cortisol, and that allows you to function and do everyday activities”.

Sabine warns, however, that being in this mode for too long is risky. “Being constantly vigilant and monitoring is exhausting and can lead people to a breakdown”, she says. “Being in survival mode gives you the strength to continue and function, but the question is for how long. And this is a question I cannot answer”. 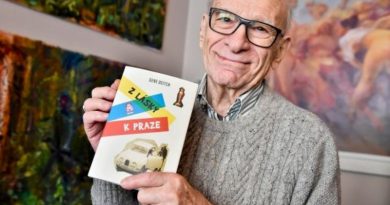 For the Love of Deitch 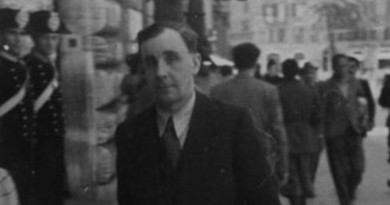 Worth Czeching Out: National Gallery Prague