Pamela Cotte, M.A., teaches Academic English, Current Affairs, and European Studies at Charles University. She has strong experience in the fields she studied: International Relations, European politics, EU projects and integration, and legacies of socialism. Apart from this, she has completed an internship in the European Commission and traveled to many countries.

If you are interested in history, sociology, geography, and politics, if you want to gain experience in an outstanding organization, or, if you want to work at an embassy, studying International Relations is a good choice. This choice was made by Pamela Cotte, a university teacher, who studied in Ecuador, Scotland, and Belgium. Her passion for traveling connected with a deep interest in several spheres: types of social and economic systems, the EU and its functioning, and the Soviet bloc countries.

After finishing her studies at the College of Europe in Brussels, she did an internship in the European Commission. “I and other interns had an opportunity to evaluate projects provided by EU citizens. The most challenging part was that the ideas of many projects were compelling, but their implementation would be difficult in practice,” she says.

One of her exciting memories was a trip to the Soviet bloc countries when she was a student in the late 1980s. Romania made the biggest impression. “The atmosphere felt more oppressive than anywhere else. I was in Brashov, and I could barely find any place to buy some food. What I found frightening was that at 7 p.m. there was a police officer at every corner. No one was on the street. It felt like there was a curfew.”

The Czech Republic was – and still is – meaningful to her. She had briefly seen Prague before she arrived here to stay and teach English for a year during the summer after the Velvet Revolution. “The first thing that comes to my mind is the shopping situation. Even though you could find plenty of food in grocery shops, there was a very limited selection of it. Life was simple. After the revolution, the changes did not come immediately. What was remarkable is the education system. I was in a secondary school, working with Czech teachers who taught the Russian language before the revolution, but, when the changes came, they had to teach English, which they did not know quite well, though they had some background. So I was the one who helped them with questions about pronunciation for example.”

Currently, Pamela Cotte enjoys living in Prague. Nevertheless, the Czech language is her biggest obstacle. “The language is extremely difficult for me. As it is challenging, I found it hard to integrate into Czech society, but I do my best. Fortunately, I have some very nice Czech friends.” 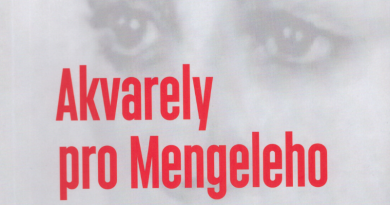 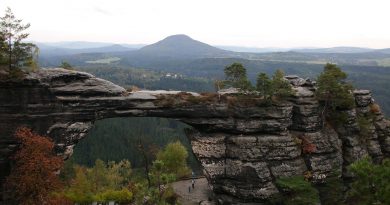 Worth Czeching Out: Pravčická brána