Gemma Pörzgen is a German journalist who works for a worldwide organization Reporters Without Borders. She came to talk about the problems of press freedom in Europe.

“The traditional safe environment for the journalist has changed in the last couple of years. Across Europe, we see political pressure and growing political control over media in a number of Central and Eastern European countries, mainly Bulgaria, Poland, Czech Republic, Hungary, Slovakia, Serbia, Romania. These developments are deeply connected to a change in the whole media sphere of digitalization and the loss of traditional models of media,” says Pörzgen.

As an example of a bad situation, she mentions the murders of two investigative journalists in the European Union, Jan Kuciak in Slovakia in February 2018 and Daphne Caruana Galizia in Malta in October 2017. “Hate speech and violence against the journalist is a growing problem.“

On a positive note, she emphasizes the Jim Acosta case: “In the case of the press conference of Donald Trump where he attacked a CNN reporter and took away his accreditation, even the Fox News, routinely supporting Trump, are part of a support for CNN. It is a very strong signal that we shouldn’t be divided.“

She thinks the worst situation is in Turkey.

“We see Turkey today as the world’s biggest prison for a professional journalist, with members of press spending more than a year in prison before trial and long jail sentences becoming a new norm.“

There are now 29 prisoner-journalists, which places Turkey in first place for the number of imprisoned journalists. Erdoğan’s government strongly repressing opposition media and handing out life sentences without the possibility of a pardon is nothing new.

The organization Reporters Without Borders promotes and defends the freedom to be informed and to inform others throughout the world. It was founded in 1985 in Paris. The group deserves credit for freeing German journalist Deniz Yücel from Turkey, where he was kept for twelve months without any trial. They also worked on the case of Czech reporter Pavla Holcová. The police interrogated her for eight hours and confiscated her phone, due to her possible connection to the murder of Ján Kuciak. 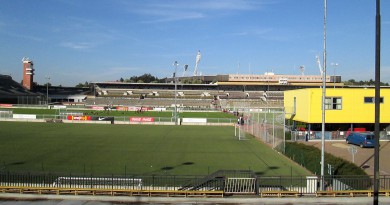 Strahov Stadium – the largest stadium in the world