After The Stand-in (Záskok) and The Conquest of the North Pole (Dobytí severního pólu) the third play, translated by Emilia Machalová and Brian Stewart, and performed by a group of British, American, and Australian actors known as Cimrman English Theatre, premiered on the stage of Prague’s Jára Cimrman Theatre. The Pub in the Glade (Hospoda na mýtince) had its first showing only five months after the English „cimrmanologists“ made their first overseas tour and showed the work of Zdeněk Svěrák and Ladislav Smoljak to the American audiences.

The Pub in the Glade is the first play that Zdeněk Svěrák and Ladislav Smoljak wrote together, and also the only operetta of the Cimrman repertoire. According to Brian Stewart, actor and co-translator, the musical form of the play was one of the reasons why they chose it to be their third translation. “I just loved the song aspects and the challenge of being able to take the songs and make it an operetta in English,” he says, but also admits how complex the translation was, “that was more difficult, because not only do you have to try to translate the sense of it, but also get the rhymes to work – it was much more complex than doing an actual straight translation.”

Zdeněk Svěrák’s daughter Hanka Jelínková, the script editor who oversees the project, said that it is more about the transformation of the operetta into English, especially about the problem of the language differences: “A tough aspect of this particular play was word order – many times it was necessary to break a sentence into two, or put the keyword in a follow-up question to keep the final punchline, or rather the gag  at the very end.“

The comedy, which (as we get to know in the opening seminar) is supposed to be a part of a Cimrman’s monumental 7-hour-long operetta called The Millet (Proso), tells the story of a lonely innkeeper who inherited an old pub built in the middle of a forest. When two guests, count Zeppelin, and a prisoner on the run, suddenly interrupt his daily  routine, in order to prevent them from leaving, he convinces them that there is his granddaughter in the pub. “This play, it goes on about the stupidity of men… What’s remarkable about both of them is that neither of them have actually seen Růženka; she’s just a sleeve that appears from the window,” says Brian Stewart about the two misguided lovers.

In April, Cimrman English Theatre went on a tour to the U.S., presenting Cimrman’s work to Americans for the first time in history. “We had some audiences which were actually of Czech heritage, but it was also interesting that we had some audiences that had never seen Cimrman before, and what we found is that audiences loved it and they responded very warmly,” says Mr. Stewart.

A translation of another play by our most famous playwright is in the pipeline. According to Mr. Stewart, there could be a new one every year.  For those who cannot wait, The Stand-In, The Conquest of the North Pole, and newly the Pub in the Glade, take turns every month at the Theatre of Jára Cimrman at Prague’s Žižkov. 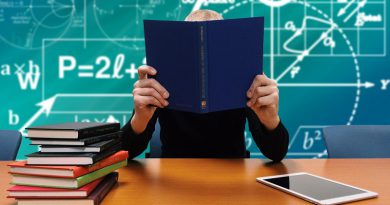