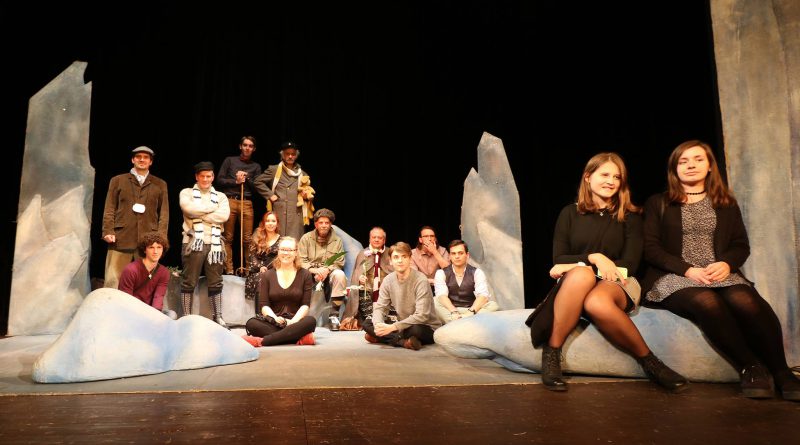 The plays of Jára Cimrman, commonly recognised as the greatest Czech of all time, are now being performed in English. Nonsense, you say? However, the Jára Cimrman Žižkov theatre is now presenting his plays in  Czech as well as English  under the name of the Cimrman English Theatre.

On Friday 21st October, we attended a performance of one of the translated pieces, ‚The Conquest of the North Pole‘. The adaptation is aimed primarily at a non-Czech audience, but curious Czechs are sincerely welcomed too. Of course, the Czech spectator is logically curious (and perhaps a bit worried) about the translation of particular lines or jokes for  there are usually funny, use specific Czech wording that does not occur in other languages, or refer to specific Czech characteristics  that may not be be immediately apparent to people from other nations.

When asked about the translation process one of the actors, Brian Caspe, who has been living in the Czech Republic since 2002 says ‚ Basically, there is a team. One of them is a Czech speaker (Emila Machalova) who translates it into a sort of rough English and then Brian Stewart (who plays the pharmacist) takes the rough version and puts it into a more native, more fluent form of English that sometimes involves finding new jokes‘. The process then continues with  Zdeněk Svěrák’s daughter, Hanka Jelinkova, goes through first draft of the translation with him painstakingly line by line,  to ensure that the spirit of Cimrman is followed.

This co-operation between the English and Czech speakers in the translation process is shown nicely during the play itself. For example, in the seminars of The Conquest of The North Pole when they describe Cimrman’s living portraits, the lecturer explains to the audience who the portrayed person is or what the portrayed scene represents (for example Libuše, the mythical Czech princess, or Koniáš, The Czech priest who is famous for burning books that oppose his opinions), and the viewers react rewardingly. Usually, the English script is only modified in way to make the understanding of the jokes more clear, such as changing the name of the North Pole expedition’s leader from Němec (German in Czech) to a more internationally recognisable Deutsch; or ‚The Abused Child‘(‚Přetržené dítě ‚in the original version) that uses slightly differently words when quoting Cimrman’s messed up play.

‚Do you want to about ask how I found out about Cimrman?‘ asks Peter Hosking, who plays the expedition leader Karel Deutsch, laughing. ‚It’s a standing joke. I went to the Petřín Tower, and below the tower, there is a mirror maze, and below the maze, there is a museum. And I went to the museum, I knew nothing about it, I had never heard of Jára Cimrman, and it took me like ten minutes to realise that the whole museum was a joke.‘

When asked about what they appreciate the most about Cimrman, all of them agree on his wit and intelligence. ‚You Czechs have a very good sense of humour, very intelligent, very sarcastic, and you really have to think about the jokes; it’s actually quite similar to the British humour,‘ says Brian Stewart.

The ensemble is a now an established part of the Cimrman Žižkov Theatre and perform one of Cimrman’s plays monthly. There are now plans to try and take Cimrman’s plays to countries outside the Czech Republic in order to raise the global awareness of Cimrman.

‚There is a large community of Czechs in America and Canada, who moved there in ’68 and if they want to introduce their families, who maybe don’t speak Czech, to Cimrman this is a great opportunity‘, explains Caspe. The Conquest of the North Pole is the second play adapted by the English troupe with the first being ‚The Stand-In‘ (‚Záskok‚) , adapted two years ago.

This might be a great opportunity for any of those who are interested in unravelling Czech culture and history, or for staunch followers of Cimrman seeking new ways and elements of glorifying their idol and discovering unexpected new dimensions of the greatest of all time Czech’s wit and genius. Regardless of your reason, if you are eager to see the old and undying classic of one nation shrouded in the fresh new coat of another nation’s language, hesitate not a minute and go ‚Czech it out‘. 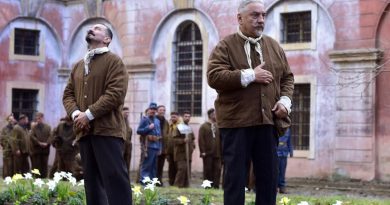 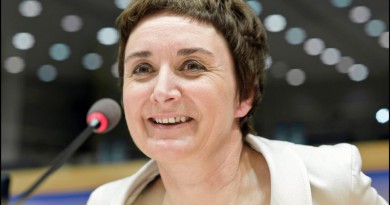 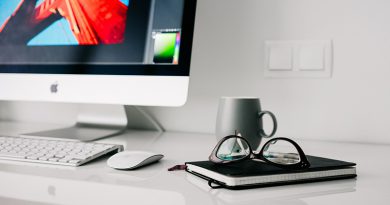